To understand the Particles series one must first know the story of Flor del Sol
JuanCarlos’ iconic Flor del Sol series is centered around a concept of a Flower of Love, growing and existing on the Sun. Upon seeing so much destruction on Earth, when it was to reincarnate, the flower asked its creator to allow it to be born on the surface of the Sun instead, to forever remain engulfed in flames, as a protest to the ways we’re devouring our home planet...all in hopes to incite us to change and become benevolent beings we were always meant to be. ​

Particles are the point where Flor’s body disintegrates into Particles or cosmic dust, if you will, and floats off into the Cosmos, to become components of galaxies in the vastness of space.. 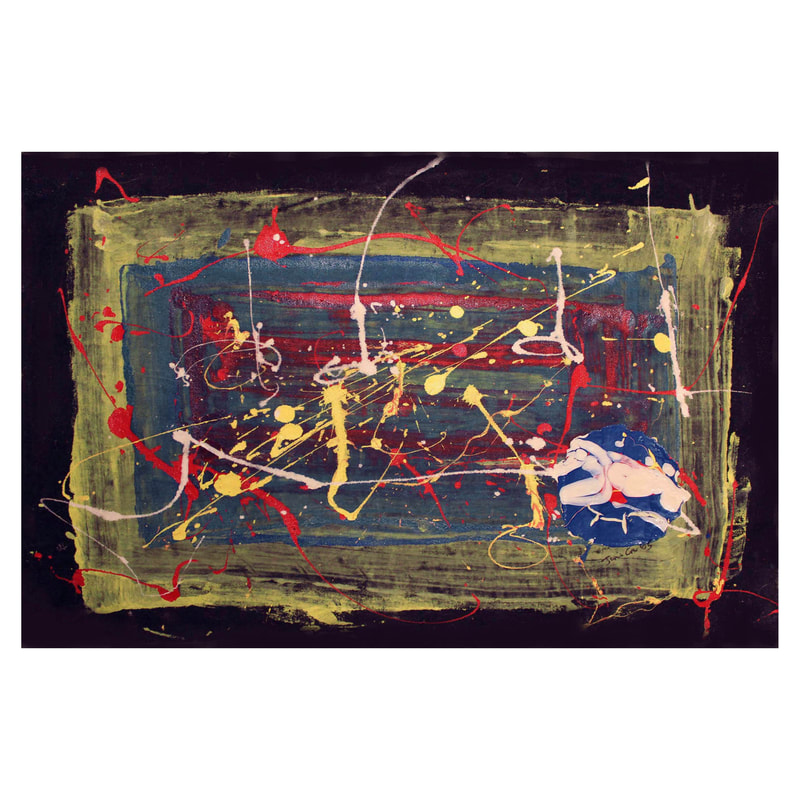