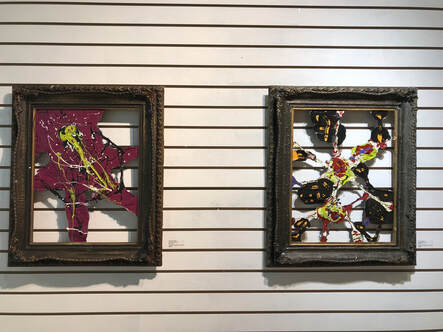 Exploring paintings without canvas! The pieces from this series are suspended either on acrylic paint or on rope directly onto the frame. JuanCarlos began experimenting with this canvas-less fun style in 2019.

Suspended Animation is a sub-series of Particles Series, which in turn derives from the Flor del Sol Series, which is a concept of a Flower of Love. In Particles Series, Flor begins her cosmic journey, this is the part where Flor’s body disintegrates and floats off into the cosmos. The pieces of her body (or particles) form galaxies that breed life, while her soul is reborn on the surface of a star, a different sun. She will remain there until the world becomes a better place for all its inhabitants, and only then will she return back to her home - Earth. 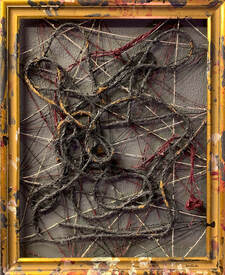