‘Audrey’s Journey’ is JuanCarlos’ new parallel narrative. This story won't have the traditional tale written up JuanCarlos has accustomed us to, it will rather be a question for us to ask ourselves: "What if God was a little girl from a different dimension, how would the journey of her creation of all that exists be?" This series thus far leans more towards a philosophical, scientific, and theoretical framework, asking questions of the origins of the universe and existence, all while taking us on a journey of the imagination through the eyes of a child.
The idea of Audrey began back in 2003 when JuanCarlos first developed this concept. In this series, JuanCarlos purposely explores the flatness of paint with naïve nuances, with a transparent silhouette of his main character, having the viewer experience these works from a child's perspective. There are limitless possibilities to a child's imagination, so we invite you to enjoy its whimsical nature! 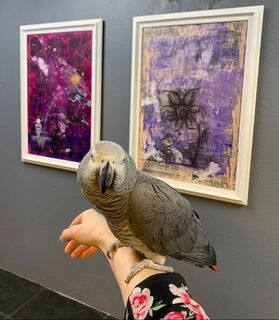 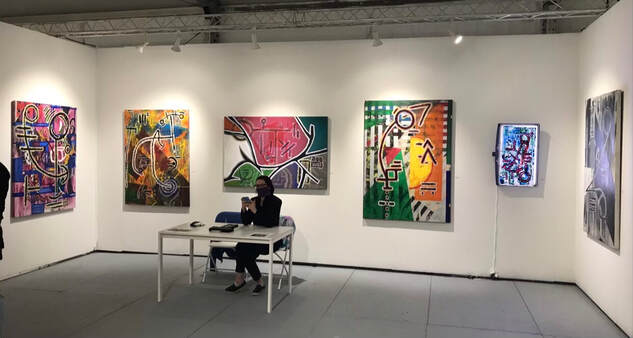 This series contemplates the beginning of the existence, introducing the first codes, symbols, that made the universe as we know it. The narrative tells an imaginary story of a creative (like a Mother Nature being,) who writes the code for everything in existence and sends it off in time to continue to carry out its duties of becoming and evolving. Like a cell, the code keeps moving and changing and reprogramming itself to make galaxies, planets, atmospheres, plants, animals, etc., which in its own, is like an imaginary microscopic building block of all matter in the linear ​trajectory of time, as it continues to exist. ​​The creator of this imaginary universe is a little girl from another dimension, named Audrey.
click here to request available works from the symbols series

This theme contemplates a narrative of the process of creation, from "the first egg" or ovum that contained the coding that went on to create everything that exists now...
​The work will behave as if the Universe began as a single egg and exploded into the creation of all. 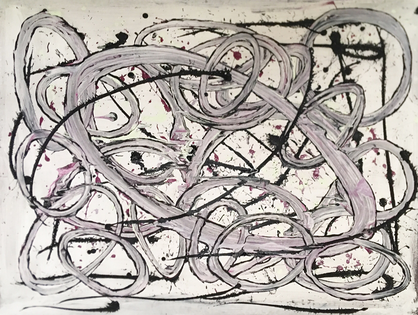 click here to request available works from the Ovales series 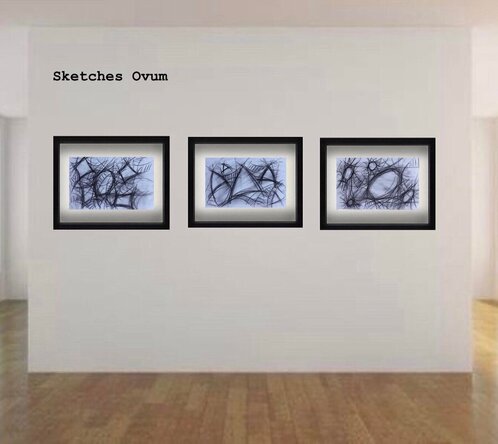 These sketches on paper derive from the Ovales Series. The above image is a rendering
click here to request available works from Sketches OVUM series 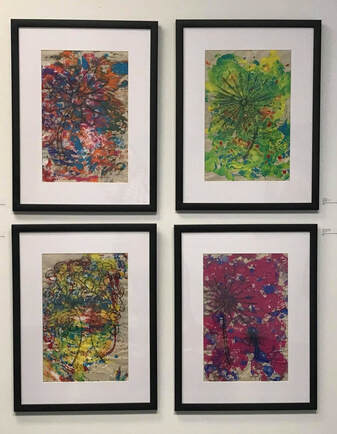 Paper Garden Series are works on paper, perfect for the beginner collector.
Come take a walk through this garden and pick a few flowers along the way!
Click here to request available works from paper garden series 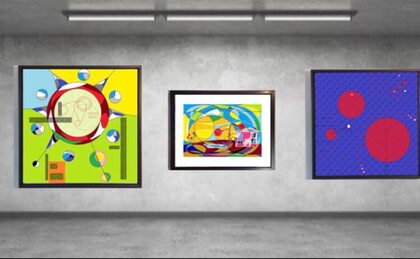 This series explores art as if seen and done with a naïve perspective, the way a child would construct art pieces, with no depth, no blending, exploring shapes with solid colors and backgrounds, creating subjects through geometrical outlines. This series is basically all about the fun! The above image is a rendering.
Click here to request available works from Audrey's Inner Child Series
ArtToSaveLives Contemporary
​9705 NE 2nd Ave
Miami, FL 33138